June 2017–As I sat down at my desk to write this blog I couldn’t help but think of something my father says, “Watch your mouth Katie, don’t piss off the rain gods.” We’re good Christian people so we don’t really believe in “rain gods” but we are also very superstitious people and in southwest Kansas you take all the rain you can get. Usually that isn’t very much but the 2107 growing season was unusually wet for us. The moisture is definitely a blessing but the hail that sometimes accompanies the rain isn’t a farmer’s friend.

The 2017 growing season was a tough one for some farmers when it comes to hail, including my family and our neighbors. Back in the middle of June 2017, I received a text from my grandpa (he’s one of those cool tech-saavy old farmers) telling me the awful news created by the storm the night before. There was a six-mile square north of Deerfield that had been pounded by a hail. The majority of our wheat was gone but he wanted to know if there was still hope for our dryland corn.

My family isn’t the only ones who face these challenges throughout the growing season. That’s why I’m blessed to work with amazing people like Dale Fjell, our Director of Research and Stewardship and have a great working relationship with Ignacio Ciampitti, Kansas state corn extension specialist. I sent pictures to these two and gained some expert insight on the conditions of fields and their potential.

Both of these men and the rest of the K-State Research and Extension team are valuable resources if you find yourself in this same predicament next growing season or if you have any other trouble. Here’s some great resources about hail damage in corn:

Here’s some photos from the fields that were hit north of Deerfield both right after the storm and then as they approached harvest.

This field was right on the edge of where the hail really hit. It had some leaf damage which affected the canopy but the stalk damage was minimal to none. Some stalks were blown over but the brace roots kept them connected and they eventually stood up. 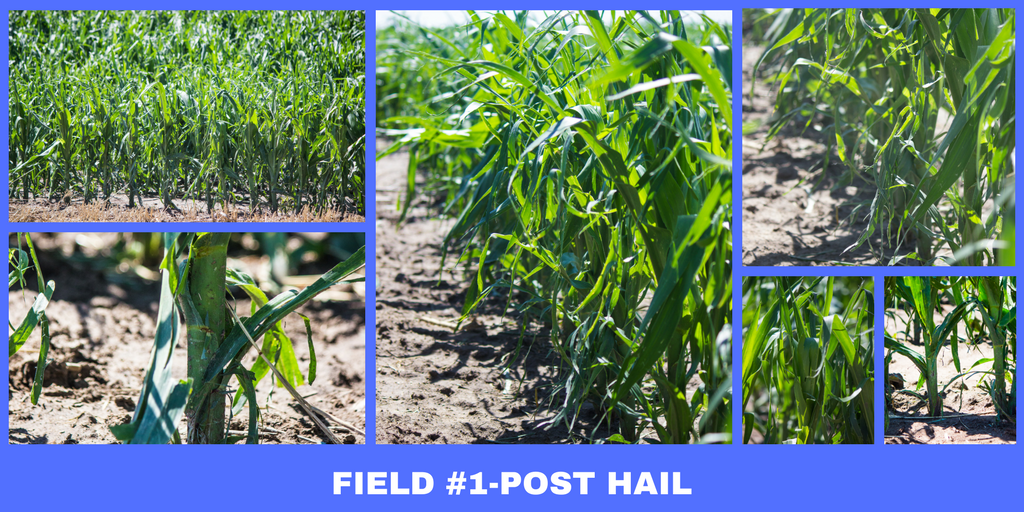 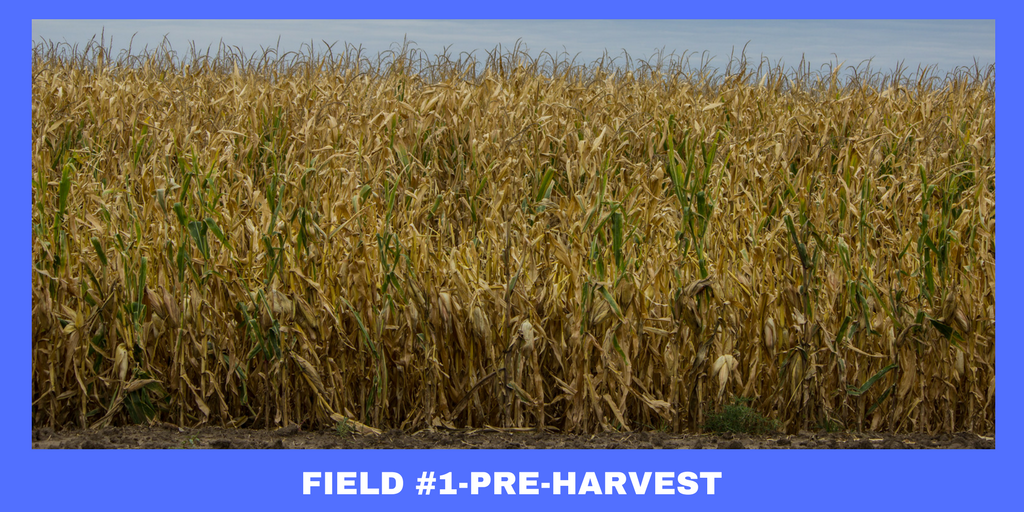 About 5 miles north of Field #1, this irrigated corn field ended up being replanted due to the damage. This corn was probably knee high when the storm hit because it luckily got planted before the big blizzard that hit at the end of April (yes, we know that Mother Nature was not kind this year.) The replanted corn looks much better and should do well but it was cut for silage so we don’t have  pre-harvest photos. 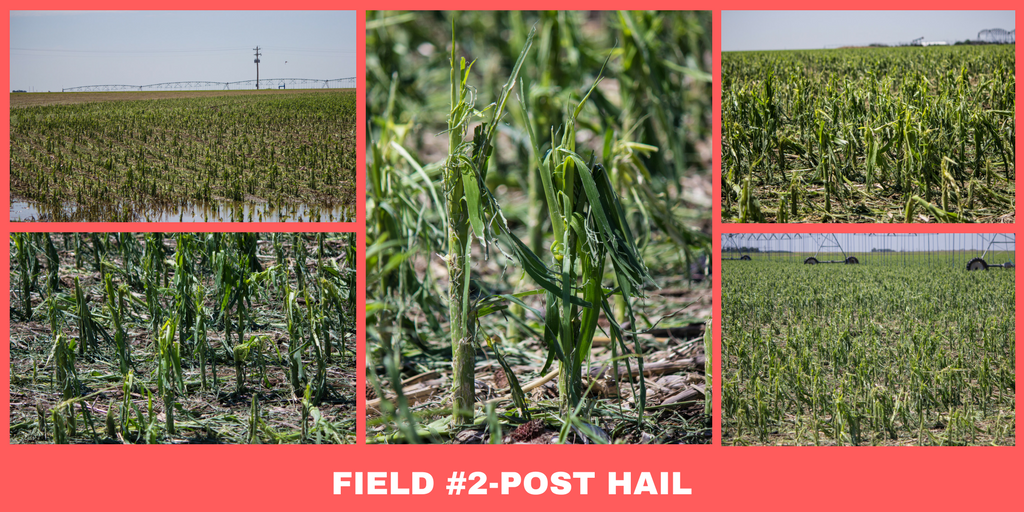 A mile north of Field #2, this dryland field didn’t weather the storm well at all but wasn’t zeroed out by insurance. While it was younger than the corn in the first two fields the growth point was likely damaged causing the poor growth following the storm. The damage done to the stalks allowed for greater disease vulnerability and the frayed leaves didn’t provide much canopy to combat the high heat of the summer sun. 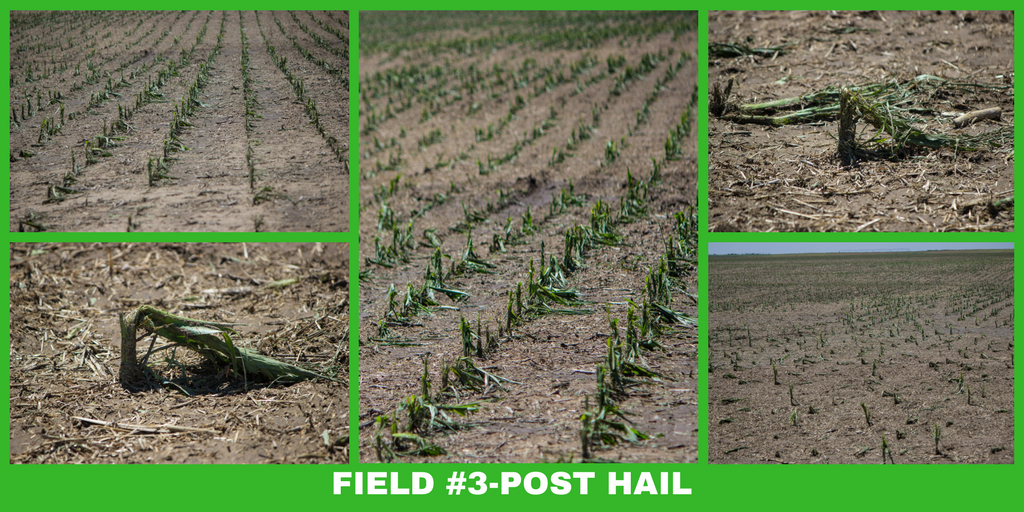 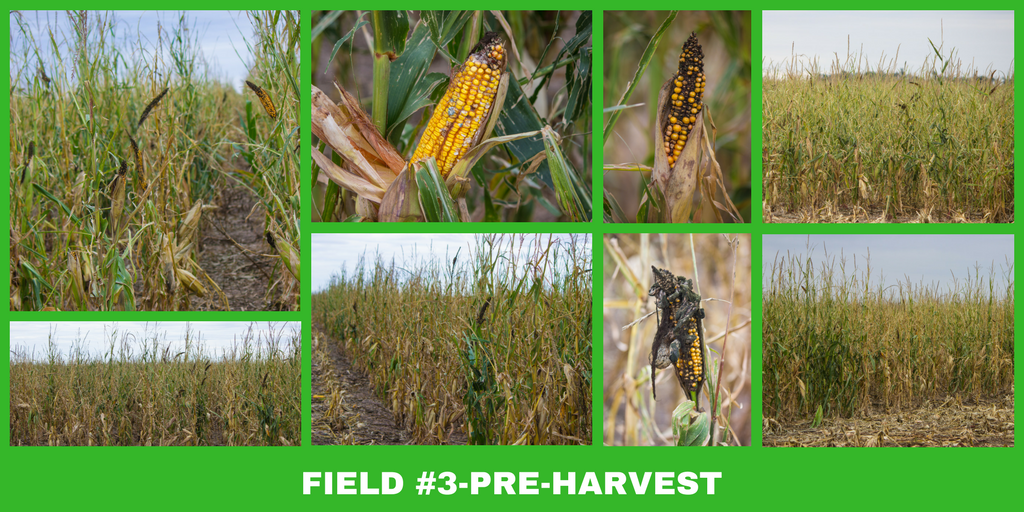 Just across the road and north a section from Field #3 is my family’s dryland corn field. One benefit of the late blizzard was my dad planting this field at the end of May. This corn was young enough that while it suffered some damage to the leaves and stalks the growth point was still in the ground and wasn’t affected. Weeds on the other hand, still prove to be a menace to the farming society. 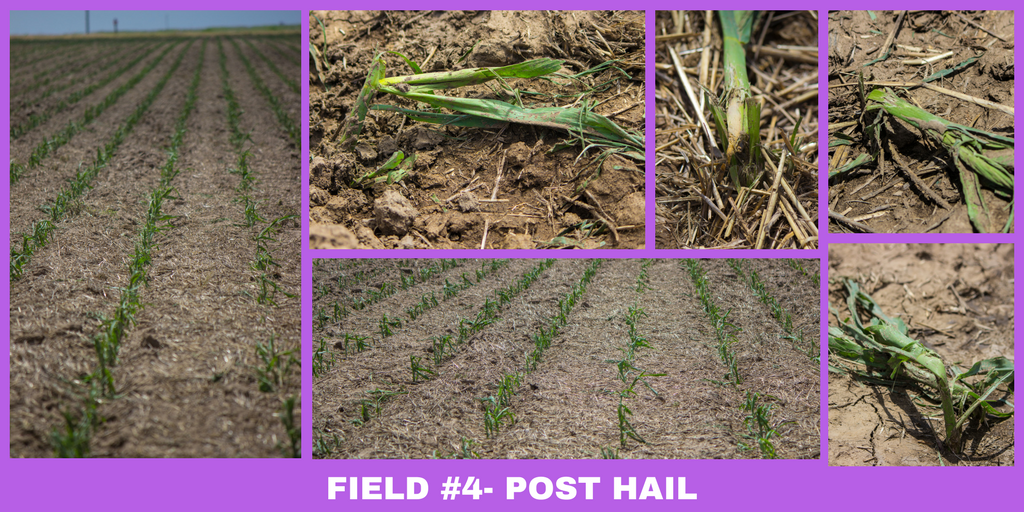 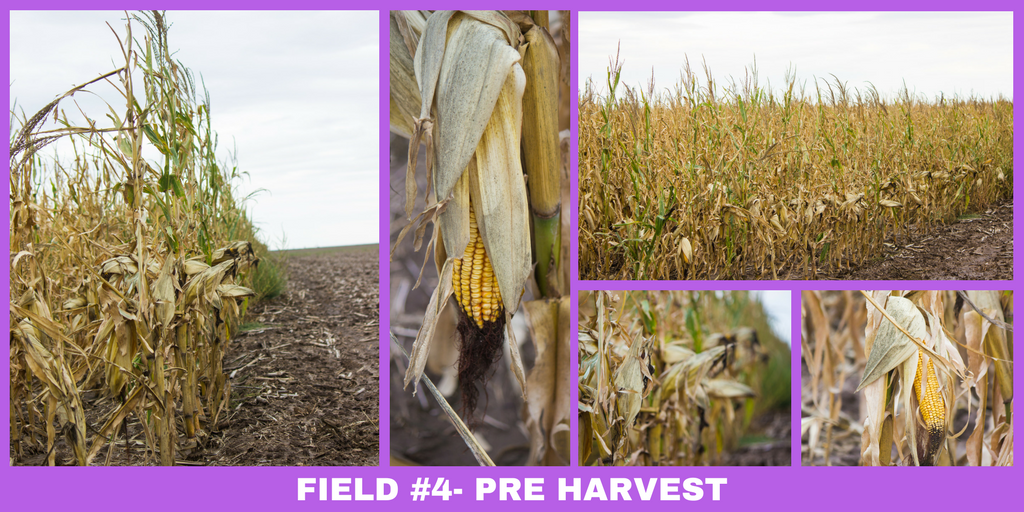 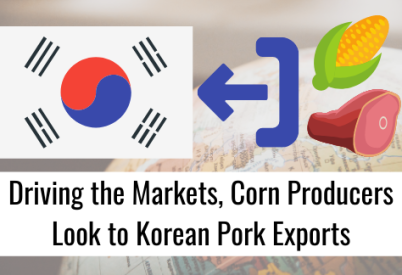 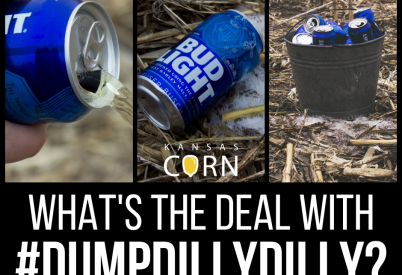 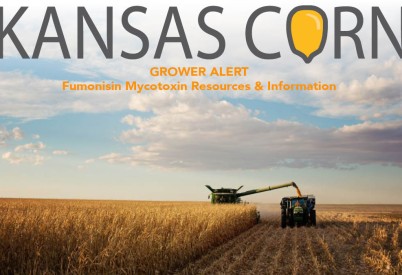 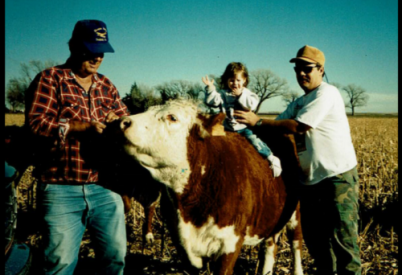 Because I Was Raised By A Farmer... 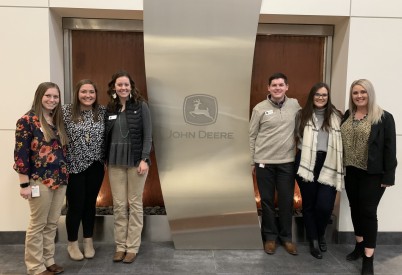