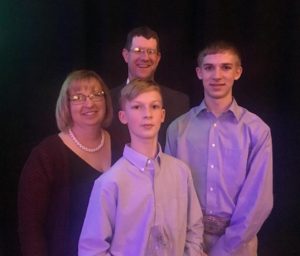 The Small family received the Good Steward Recognition at the NCGA Banquet Wednesday at the Commodity Classic.

Randy and Nicole Small of Neodesha, Kansas received the Good Steward designation at the Commodity Classic convention and trade show in Anaheim, CA. The program and recognition funding is provided by the Howard G. Buffett Foundation as part of its Harvesting the Potential campaign to raise awareness among U.S. farmers of the importance of conservation agriculture.

“Kansas Corn is proud of the Small family’s accomplishments in conservation. They are not only excellent farmers, they are also outstanding advocates for conservation, agriculture and Kansas corn,” Kansas Corn CEO Greg Krissek said. “In addition to winning the Good Steward award tonight, the Smalls also were recipients of the Leopold Conservation Award in 2016.”

Randy represents the southeast Kansas district on the Kansas Corn Commission. He is also a member of NCGA’s Feed, Food and Industrial Action Team.

As 2S Land and Cattle, they farm 2,350 cropland acres and manage 400 head of cows. Continuous long-term, low-disturbance, no-till is a focal point of the operation. They believe the best ways to ensure the farm remains productive in the future is to pass their conservation ethic on to their children.

“NCGA is known for taking the lead on many issues in the policy arena that effect our members, but we also work constantly to promote positive change and improvements in how we farm,” said Kevin Skunes, NCGA president from Arthur, North Dakota. “The Small family has a long history of enhancing the farm’s soil and natural resources spanning several generations. They provide a great example of the kind of progressive soil management and stewardship gaining momentum today.”

Along with being 100% no-till since 1999 they plant cover crops to improve soil health, soil test to determine nutrient needs, and split apply nitrogen fertilizers. While the common perception in Southeast Kansas is that no-till soils are too cold to plant corn into, Randy has developed a system that works well for the Smalls.

This system includes regenerating native prairie grass pasture land. The Smalls have developed a system that works in harmony with their cow/calf operation to improve pasture stands, plant species diversity and the wildlife native to the area.

The Smalls have noticed improvements in natural drainage of fields, a decrease in wind erosion, and an increase in beneficial soil born species. A three-year crop rotation schedule is used to maintain maximum residue cover while still changing plant species. The rotation includes corn, wheat with red clover, and double crop or relay soybeans.

“We are pleased to support the Good Steward Award to recognize farmers who demonstrate superior commitment to sustainable farming practices,” said Howard G. Buffett, chairman and CEO of the Howard G. Buffett Foundation.  “We are proud to partner with NCGA to advance soil health and conservation agriculture among America’s farmers, who play a critical role in feeding the world, and congratulate Randy and Nicole on this recognition.” 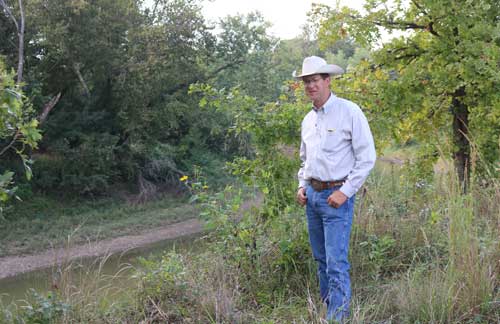 Randy standing near one of the streams that he protects through his farm’s conservation practices.

Much of the farmland in Randy and Nicole’s area is located near river bottoms where soil erosion and nutrient runoff are more problematic. The soil conservation practices implemented on their operation ensure that the soil remains in place and nutrient loading isn’t an issue in local waterways. Not only are they decreasing pollution, but also improving soil health and productivity on their farm.

Herbicide applications are split applied to reduce runoff into surface waters. Applying the correct pesticide and fertilizer rates is important to the overall ecosystem. While auto-boom shutoff on the sprayer sounded like a luxury when the Small’s priced it, it is an essential part of the spraying operation now.

They see one of the best ways to ensure the farm remains productive in the future is to make it appealing to the next generation. Randy and Nicole are the parents of two sons, Dexter and Maddix.

Cover crops have been used both as green manure crop, as well as extended grazing on the crop acres for the livestock operation. Wildlife populations also enjoy the benefit of the added cover over the winter and summer months. Perennial cover crops, such as red clover, have also been used after wheat to provide additional grazing, hay, and seed production.

And their education effort goes beyond their community. Nicole shares much of their farm experiences on her blog, Tales of A Kansas Farm Mom. The blog has had more than 540,000 unique page views and she is also active telling the story of their farm through social media like Facebook and Instagram.

Their main goal is to leave the farm and ranch land better for not only their children, but for the children and grandchildren of their fifteen landlords that entrust them to care for their family’s lands. 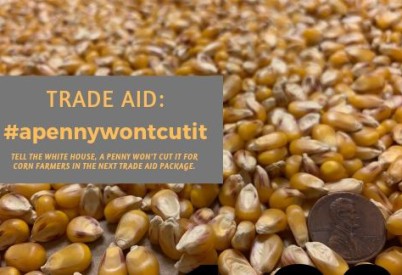 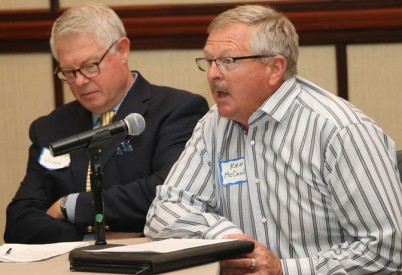 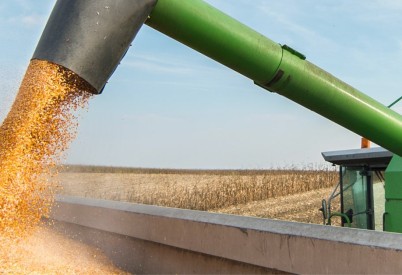 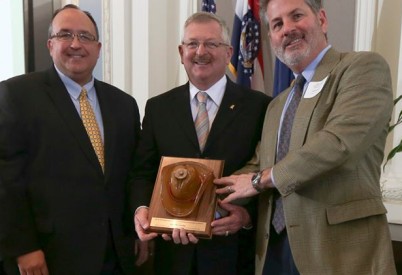