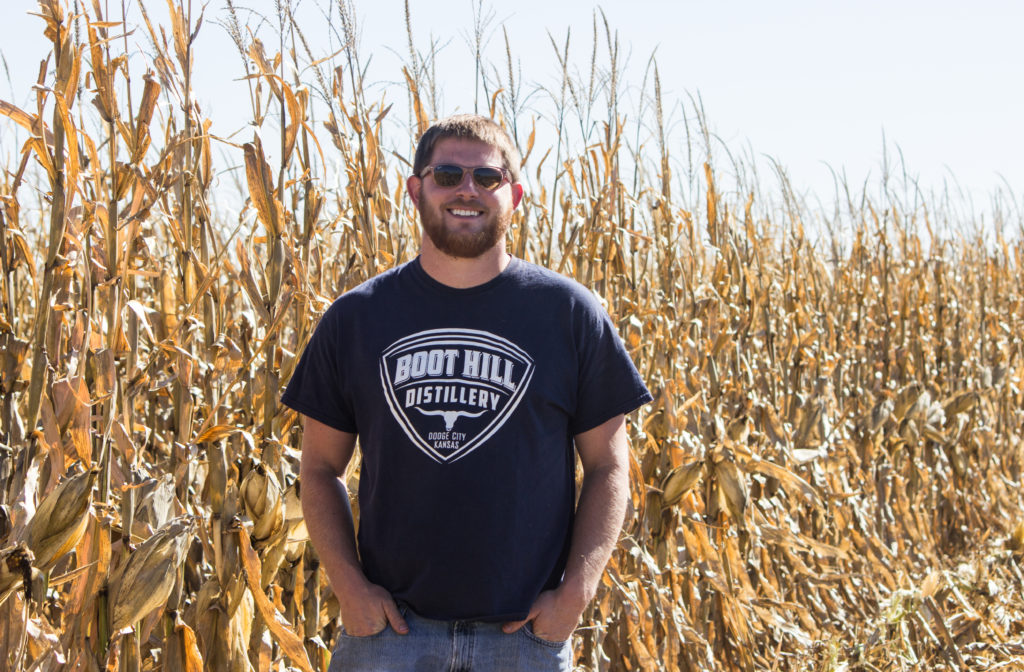 Hayes Kelman, along side his father and brother, farms north of Sublette, Kansas. Just like many other southwest Kansas family farms, they grow corn, wheat, soybeans and sorghum. But what sets them apart is when the markets went down they decided to create their own local market access.

“Really the idea of making something with your hands, of being part of something from the very beginning to the end is great,” Hayes says about coming back to the family farm. “It’s just the idea that it’s been in your family forever, its kind of just in my blood to be a farmer. I came back for planting the grain in the spring, taking care of it and then harvesting it in the fall. That idea of seeing the fruits of your labor is very rewarding.”

When Hayes came back after graduating college a few years ago he partnered with his father and another local farmer to start Boot Hill Distillery in Dodge City. Utilizing the grain grown by his family, the distillery makes whiskey, vodka, gin and multiple other distilled spirits.

As a family they looked at different ways to diversify their grain market, Hayes says. It was a big thing for him coming back from college, he wanted to be a farmer but he knew that he wanted to do more with his grain after it left the field.

“How can we set our own prices almost,” he says, “we looked into the traditional idea of a feedlot, but I personally like the idea of a distillery because cattle kick and whiskey really only kicks in the morning.”

Hayes did some quick math in the combine and says the distillery uses around 3,000 bushels of corn per year. To put that in perspective of a bottle, they make 500 gallon batches. In each of those batches, if they are making bourbon, it would take about 510 pounds of corn mixed with 490 pounds of wheat. And then that batch would make about 400 bottles of bourbon.

“From what we can guestimate,” he says, “that’s a little over two pounds of grain per bottle.”

Boot Hill Distillery is located in the heart of old-town Dodge City in the old city municipal building that during it’s history once served as a jail, school house and even a cemetery at one point. You can learn more about the history on their website http://www.boothilldistillery.com/our-story

While they are probably most proud of their whiskey, Hayes is branching out into the other spirits. During our ride-a-long in the field we tried to stump him with some hard questions about the different types of alcohol. But he was on top of his game.

Q: What is the difference between whiskey and bourbon?

A:  So all bourbon is whiskey, but not all whiskey is bourbon. To be a bourbon it has to be produced in the United States, must be made from at least 51% corn, distilled to no more than 160 proof, barreled at less than 125 proof in a new charred American oak container and bottled at 80 proof or more.

Q: What is Moonshine?

A: So the moonshine that we produce at Boot Hill Distillery is actually 100% corn, so we make it by kind of the same way that the old moon shiners would have made it. Basic pot, still, corn, water, yeast, and we distill it to make our pure moonshine and we do nothing else to that product.

Q: What do you want people to know about your family farm, the crops you grow and the products that contain your corn?

A: I think there is a lot of negative ideas about how corn especially how it’s grown and that maybe farmers don’t have consumers best interest in mind. I want consumers to know, it truly is the majority of us out here that are family farmers doing what they can to produce a good product. We wouldn’t grow anything that isn’t good, we wouldn’t want to from the pure point of pride. We wouldn’t want to sell anything that isn’t of the highest quality, I think for the most part all of us farmers out here are doing the best that we can to feed the world. 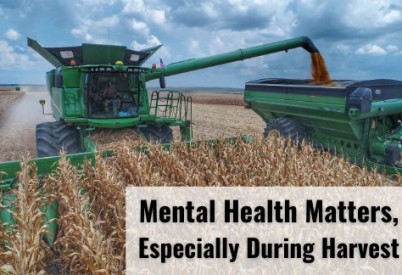 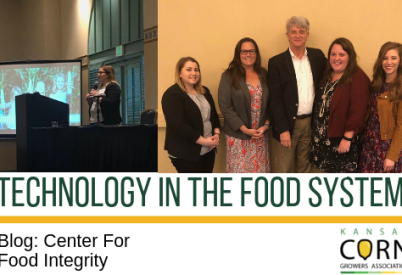 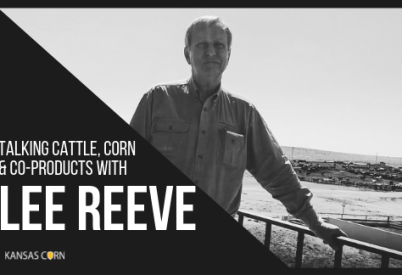 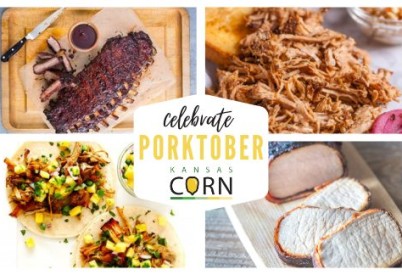