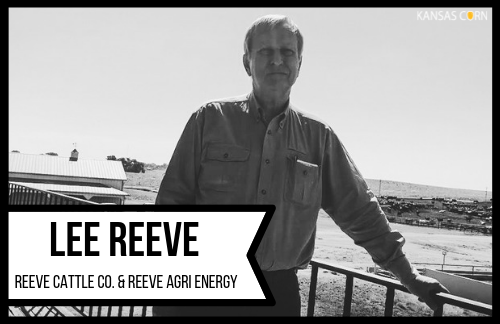 Southwest Kansas cattle feeder and farmer, Lee Reeve, is no newcomer to the world of cattle and corn. For six generations his family has raised cattle, but it’s doubtful some of his ancestors could have forecast the size and diversity of this family-owned business today.

One-hundred years ago, Lee’s great-grandfather homesteaded and started the family ranch in the same location where it all sits today, about six miles south of Garden City. The feed yard took over 500 of the once 5,000-acre ranch, with the other 4,500 acres converted into a center-pivot irrigated farm. Reeve Cattle Company is 50,000 head capacity feed yard, which was started by Lee’s father, Jack Reeve, 1962. The ethanol plant located next to the feed yard, Reeve Agri Energy, was added in 1982. Like the rest of the Reeve family’s business adventures, the ethanol plant has been a key component to the total operation, producing 18 million gallons of ethanol per year.

“For us, it works well,” Lee says. “There’s a lot of synergism. We run each operation separate, but they are still locked at the hip.”

“The co-product that comes out of the plant will all be consumed by the cattle in the feed yard,” he says. “It’s distillers’ wet grains and the liquid, also called solubles, which are basically everything that’s left from the corn or grain sorghum we start with after we take the starch out. We’ve taken out the starch to produce ethanol. We are left with a feedstuff that is concentrated with protein, fat, fiber, vitamins and minerals.”

Lee tells us that this co-product only makes up about 15-25% of a finishing diet on a dry matter basis in the feed yard. About two-thirds of the ration, which is a cattle-term for feed mixture, is steam-flaked corn. This ingredient in the cattle’s diet provides energy from the starch, which the animals break-down and utilize to grow and deposit fat. This intramuscular fat they deposit is called marbling and gives grain-fed beef it’s popular flavor and tenderness.

“Grain-fed beef has still been fed grass for most of its life,” Lee explains. “This feed yard is what you would call a finishing yard and that’s exactly what we will do is put the last few hundred pounds on these cattle in the feed yard with what is called a concentrate diet.”

In a concentrate diet, feeders can choose what grain they want to utilize alongside the roughages (hay or silage), protein, fat, vitamins and minerals. But Lee says they use corn because it fits the best in their rations from an economic standpoint. That’s also a main reason why the sustainability of the corn industry in southwest Kansas is tied so closely to the sustainability of the area’s beef industry.

“If we didn’t raise grain in this area then we (cattle feeders) would have to import it from somewhere else,” he says. “It’s the same situation with the ethanol industry. Importing the grain would add expense and too much expense could cause us to be uncompetitive. Without the local supply of grain you would likely see the grain-fed cattle industry move to another area.” 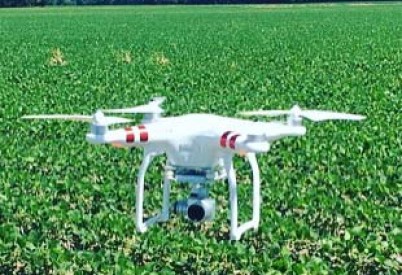 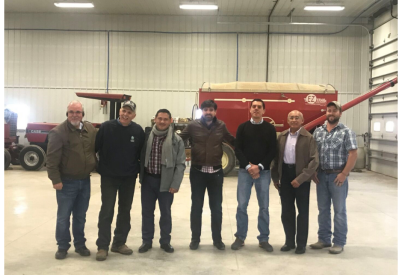 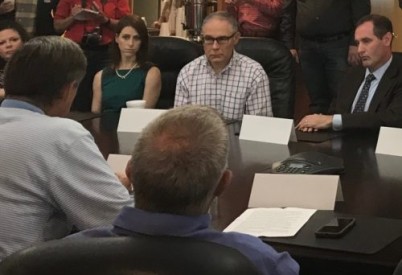 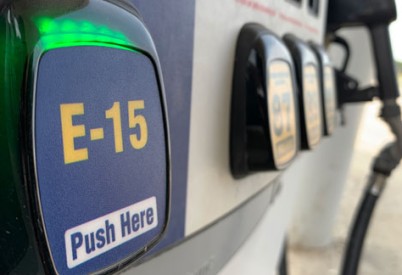