By Josh Roe, Vice President of Market Development and Policy

Very few bills are making it across the chamber floors, but lots of committee activity has led to KCGA weighing in on many more bills this session compared to 2019.

As some of you may have heard me discuss at a corn school or annual meeting, election years tend to streamline the Kansas Legislative session. Especially given the fact that this Legislature does not face a short-term inability to fund the state government or pending lawsuits. In general, streamlined years are good for agriculture because they provide added urgency to issues and help keep unfriendly bills from receiving a hearing. However, large social issues can jam things up, leading to further complications, which tend to add days to the session. The two larger social issues at play are Medicaid expansion and a proposed constitutional amendment on abortion. DON’T WORRY, you are not about to receive my take on the merits of either of these issues. I thoroughly enjoy lobbying SOLELY on agricultural issues, so you won’t ever see me take a stand publicly, and you’ll also have a hard time getting me to talk privately on these lightning rod issues!

So, why am I even bringing up these issues? Because the movement, or lack thereof, on these issues tend to either cause the legislature to go into warp speed or grind to a halt, with the latter being the case often! For the time being, the abortion amendment issue has stalled in the House, which has caused Senate Leadership to react by not considering House bills now. Granted, a lot of work is still happening at the committee level, so its inaccurate to say nothing is happening in Topeka. However, as we commonly see, many bills are being passed out of committee and sitting firmly below the line for consideration. As bills below the line stack up, we tend to see a combination of bills getting dropped and a mad dash at the end of session to work 18+ hour days. The first major deadline of the session, Turnaround, is next week, where all non-exempt bills need to move through the chamber of origin, or they are considered dead. (However, nothing is ever REALLY dead under the dome.)

Here is a brief overview of some of the primary bills that KCGA has weighed in on this session:

HB 2543– Expands the existing tax credit for fuel retailers installing alternative fuel infrastructure by making E15 and B20 and above blends eligible for the tax credit. This bill was introduced by Casey’s, and it will allow them to tap into the already existing tax credit for alternative fueling stations for their E15 and above infrastructure investments. This bill had a hearing on Tuesday, Feb.18th in House Taxation with KCGA, Renew Kansas, Casey’s, Kansas Soybean Association and Kansas Grain Sorghum Producers Association testifying in favor. Appearing in opposition were the Kansas branch of the American Petroleum Institute (API) and a private citizen who is an avid motorcyclist. API testified that the proliferation of E15 is already occurring, so why incentivize it, and the motorcyclist testified that he is concerned that motorcyclists will accidently put E15 in their tanks, despite the labels on the pumps. Despite that opposition, it was refreshing to have an ethanol discussion without outdated and inaccurate environmental and energy claims getting thrown out by the opposition.

HB 2437—Would require the labels on plant-based meats to contain language that the product “does not contain meat”. This bill passed out of the House Agriculture Committee and is sitting below the line in the House. I have heard it could come up for debate and a vote next week on the House floor. KCGA submitted testimony in support of this bill along with Grain Sorghum and Soybeans.

SB 270—Allows water rights perfected after 2008 to enroll in multi-year flex accounts (MYFAs). KCGA submitted testimony in support of this bill as MYFAs have been an effective tool in managing water rights.

SCR 1614—A Senate resolution urging the impairment claim in Rattlesnake Creek to be resolved in a non-regulatory manner. KCGA submitted testimony in support.

Other bills that KCGA has signed on in combination with other agriculture groups: SB 267, relating to load securement requirements for silage trucks. HB 2460, providing an income tax credit for short line railroad upgrades. 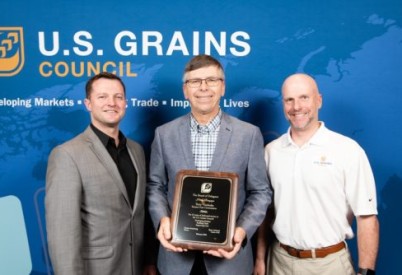 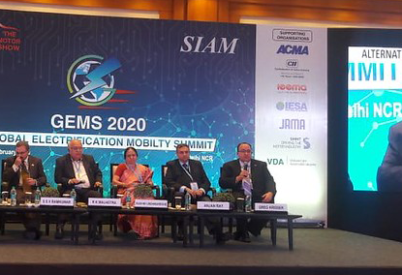