Coronavirus, Wreaking havoc, BUT the Fundamentals Are Still “There”.

By Josh Roe, Vice-President of Market Development and Public Policy

For those that have spent most time around me, you would consider me a very positive person, sometimes to a fault. Being positive has generally treated me well in life, but there are times when I must face reality. Specifically, while I’m typing this ethanol futures are hovering around 95 cents, the lowest in history, which has pulled corn prices down further relative to beans, wheat, cattle and hogs. We have seen some recent rebounds due to rumors of China making some purchases. However, rumors of announced ethanol plant shutdowns are looming. I also have a report on my desk from Rabobank predicting reduced 2020 GDP growth for all major countries, negative growth for the Eurozone and Japan compared to 2019 and a mind numbing predicted GDP growth of 0.7% for the US, compared to 2.9% in 2019. To compound this, all planned travel or planned in-person meetings we had on the books to policy makers, environmental groups and oil companies have been postponed from next week through early May. Seemingly, this virus has brought progress to a halt and will further delay any bright spots we might have been looking forward to.

I would argue that none of the recent selloff in the agricultural commodity markets, save for downward pressure as a reaction to other commodities, is based on fundamentals as they exist for the next 60-120 days. This systematic risk, or risk that is associated with all commodity and equity markets, can be the toughest to bear, because it’s the toughest risk to manage. However, if we look at the near term, the fundamentals are there:

What we’re doing about this

On a policy front, Kansas Corn is continuing our outreach to elected officials, despite not being able to meet in person. At the top of our list is conveying that the best thing they can do for farmers now is what we’ve been asking them to do all along:

While our in-person meetings and most travel has ground to a halt, we will attack each day with the same vigor to make sure your voices are heard. On a side note, with a lighter travel schedule and Kansas Corn adopting a work from home policy like many other organizations, I look forward to more personal conversations with you as we prepare for #plant2020. Hopefully, as the social distancing recommendations are lowered I can even visit some of you in person!

$350 Billion Paycheck Protection Program Is Out of Funds (for now) 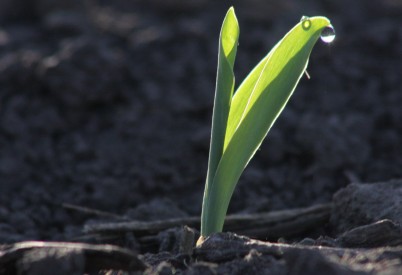 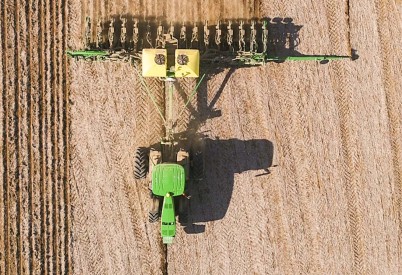