It is important for students to understand what DNA is and how all cells utilize it. One major difference in this DNA lab is that we attempt to extract DNA from corn while we build a physical and mental model of the structure of DNA. After extracting DNA and building a model, the students then attempt to utilize their newly acquired knowledge of the structure of DNA to optimize the extraction of DNA from corn.

This lab has three parts: 1) DNA extraction from canned corn, 2) DNA modeling activity to be done while waiting for part 1 results, and C) student experimenting with DNA extraction procedure to obtain more DNA.

Be aware of student allergies or seeds treated with chemicals.

Length of Time for Preparation: 20 minutes 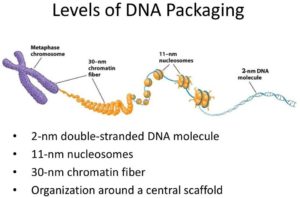 In recent years, scientists have decoded the DNA of humans and a menagerie of creatures, but none with genes as complex as a stalk of corn, the latest genome to be unraveled.

A team of scientists led by The Genome Center at Washington University School of Medicine in St. Louis published the completed corn genome in the Nov. 20, 2009 journal Science. This accomplishment will speed efforts to develop better crop varieties to meet the world’s growing demands for food, livestock feed and fuel.

“Seed companies and maize geneticists will pounce on this data to find their favorite genes,” says senior author Richard K. Wilson, Ph.D., director of Washington University’s Genome Center, who led the multi-institutional sequencing effort. “Now they’ll know exactly where those genes are. Having the complete genome in hand will make it easier to breed new varieties of corn that produce higher yields or are more tolerant to extreme heat, drought, or other conditions.”

Corn, also known as maize, is the top U.S. crop and the basis of products ranging from breakfast cereal to toothpaste, shoe polish and ethanol. The corn genome is a hodgepodge of some 32,000 genes crammed into just 10 chromosomes. In comparison, humans have 20,000 genes dispersed among 23 chromosomes.

The $29.5-million maize sequencing project began in 2005 and is funded by the National Science Foundation and the U.S. departments of agriculture and energy. The genome was sequenced at Washington University’s Genome Center. The overall effort involved more than 150 U.S. scientists at the University of Arizona in Tucson, Cold Spring Harbor Laboratory in New York and Iowa State University in Ames playing key roles.

The group sequenced a variety of corn known as B73, developed at Iowa State decades ago. It is known for its high grain yields and has been used extensively in both commercial corn breeding and in research laboratories.

The genetic code of corn consists of 2 billion bases of DNA, the chemical units that are represented by the letters T, C, G and A, making it similar in size to the human genome, which is 2.9 billion letters long.

But that’s where much of the similarity ends. The challenge for Wilson and his colleagues was to string together the order of the letters, an immense and daunting task both because of the corn genome’s size and its complex genetic arrangements. About 85 percent of the DNA segments are repeated. Jumping genes, or transposons, that move from place to place, make up a significant portion of the genome, further complicating sequencing efforts.

A working draft of the maize genome, unveiled by the same group of scientists in 2008, indicated the plant had 50,000-plus genes. But when they placed the many thousands of DNA segments onto chromosomes in the correct order and closed the remaining gaps, the researchers revised the number of genes to 32,000.

“Sequencing the corn genome was like driving down miles and miles of desolate highway with only sporadically placed sign posts,” says co-investigator Sandra Clifton, Ph.D., of Washington University. “We had a rudimentary map to guide us, but because of the repetitive nature of the genome, some of the landmarks were erroneous. It took the dedicated efforts of many scientists to identify the correct placement of the genes.”

Interestingly, plants often have more than one genome, and corn is no exception. The maize genome is composed of two separate genomes melded into one, with four copies of many genes. As corn evolved over many thousands of years, some of the duplicated genes were lost and others were shuffled around. A number of genes took on new functions.

Corn is the third cereal-based crop after rice and sorghum – and the largest plant genome to date – to have its genome sequenced, and scientists will now be able to look for genetic similarities and differences between the crops. “For example, rice grows really well in standing water but corn doesn’t,” explains co-investigator Robert Fulton, of Washington University. “Now, scientists can compare the two genomes to find variations of corn genes that are more tolerant to wet conditions.”

The United States is the world’s top corn grower, producing 44 percent of the global crop. In 2009, U.S. farmers are expected to produce nearly 13 billion bushels of corn, according to the U.S. Department of Agriculture.

Introduce the topic and assess students for prior understanding. Socratic Questioning:

Part 3. How to get More DNA from Corn.

Project goal: Your group’s goal is to obtain the greatest quantity of DNA from 3 tbsp. of the canned corn provided. You can only alter the materials we provided. Once you have changed your procedure, you will need to describe exactly why you made the changes that you did.

The diagram below shows the structure of a kernel of corn. Your DNA extraction from Part 1 of this lab simply used the whole corn kernel to extract DNA.  The quantity of DNA extracted from Part 1 is not optimal.  The more DNA that is extracted, the better chance we have to obtain useful DNA for further experiments. Now that you have some knowledge of the protocols needed to extract DNA from corn, you will now need to attempt to obtain the greatest quantity of DNA from 3 tbsp. of canned corn. You will need to attempt to extract DNA from the embryo portion of the corn seed by cutting out the embryo portion with some scissors. Pool all of the corn embryos together, and that pool of corn embryos is what you will use to extract the DNA from. Compare the quantity of DNA from the whole corn kernel with the quantity of DNA from the embryos. Prepare a whiteboard that describes your procedures and graphically shows the difference in DNA quantities from the two procedures. Attempt to explain any differences that were obtained. 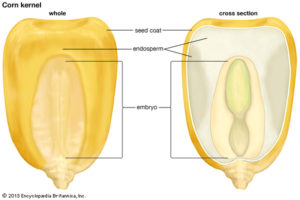 Claim, Evidence, Reason (CER) whiteboarding activity. Students are posed with a question they will test, write out their claim (hypothesis), provide evidence (their data), and reasoning. 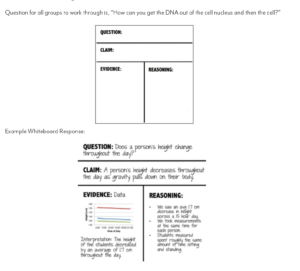 To learn more about agriculture careers, visit agexplorer.com.  You can also find career profiles at kscorn.com/careerconnections.

National Research Council (2005). How Students Learn: History, Mathematics, and Science in the Classroom. Committee on How People Learn, A Targeted Report for Teachers, M.S. Donovan and J.D. Bransford, Editors. Division of Behavioral and Social Sciences and Education. Washington, DC: The National Academies Press.