Like all parts of a plant, the leaf has a very important job in helping a plant to survive and grow. 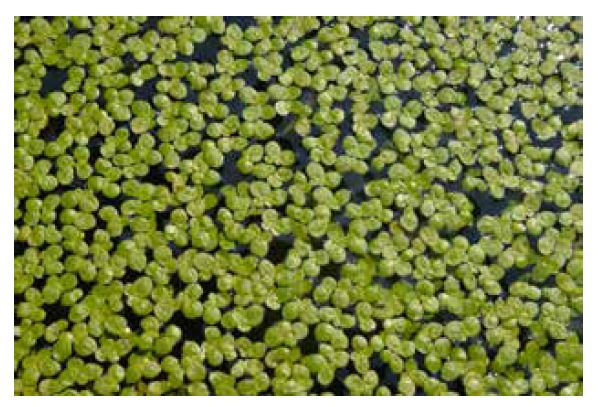 One of the smallest leaves known is on a duckweed plant. A duckweed leaf will fit through the eye of a needle. This giant rhubarb leaf is a record breaker at over 11 feet across. 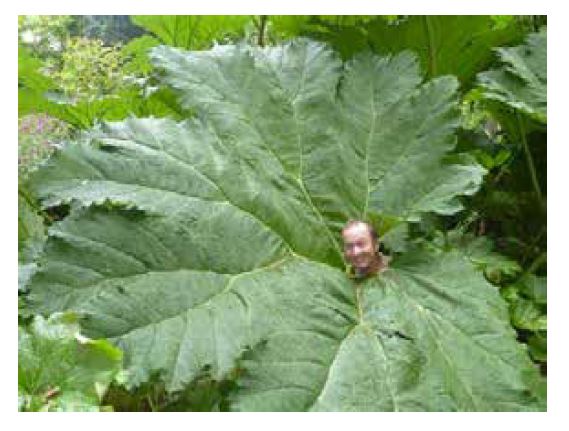 Leaves can come in many shapes and sizes, but all leaves have the same jobs.

Parts of a leaf
Before learning how a plant produces its own food, we need to learn some of the basic parts of the leaf. There are two basic types of flowering plants: dicots and monocots. They both have the same parts but may look a little different. 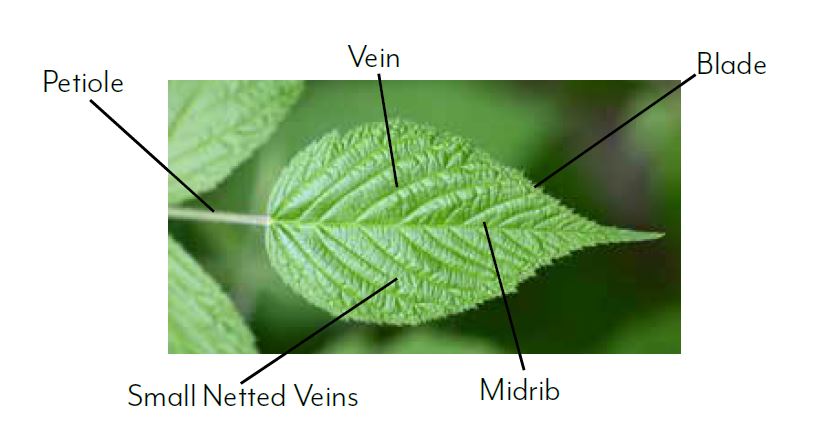 The midrib holds the leaf in the place to catch as much sunlight as possible. The veins and small netted veins move water, sugars and other nutrients around the plant. The petiole is like a branch and attaches the leaf to the stem. The blade is the area between the veins where most of the things that we are going to talk about in this lesson take place.

How does a plant produce food?
We get the energy that we need to survive by eating but, plants produce their own food through a process called photosynthesis. The leaves use energy from sunlight to make food from water and carbon dioxide. The mesophyll is made up of plant cells. A plant cell has a special part called chloroplasts. They contain chlorophyll that traps sunlight and give plants their green color. That energy from the sunlight is used to combine water and carbon dioxide from the air. The plant then converts that into sugar and oxygen. Veins in the leaves, called phloem, carry the sugars to all of the parts of the plant. The sugar produced can be stored in the roots, stems and leaves. Some plants use this sugar to produce sweet tasting fruit like strawberries, peaches and apples. 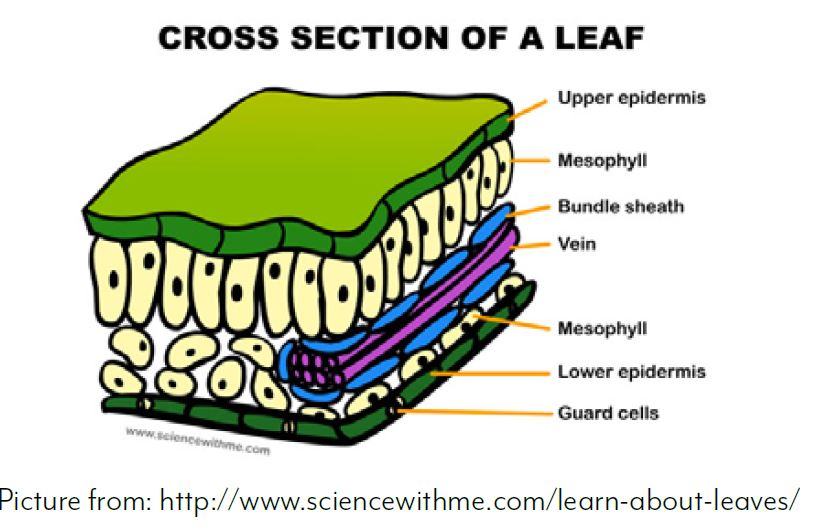 Exchanging gases
One of the jobs of the leaf is to exchange gases. It will give off oxygen during photosynthesis and carbon dioxide during respiration. The leaf is covered in upper and lower epidermis. This is like our skin. The bottom of the leaf has several holes called the stomata. The stomata is kind of like a mouth. The guard cells are like our lips. They opens and close to allow gases to enter and exit the leaf during photosynthesis and respiration.

Allow transpiration or evaporation
Gently cover your mouth with the palm of your hand. Slowly breathe out into your palm. Do you feel moisture on your hand? A plant does the same thing when it releases oxygen. Water vapor is with the oxygen, this process is called transpiration. It is how water evaporates from a plant.

To demonstrate oxygen being produced when photosynthesis is taking place.

Interesting fact
It takes over 500 average size house plants to produce enough oxygen for one person every day. The crops that farmers grow are extremely important in producing the oxygen that we need.

Test what you have learned using the Leaves and Photosynthesis Worksheet.