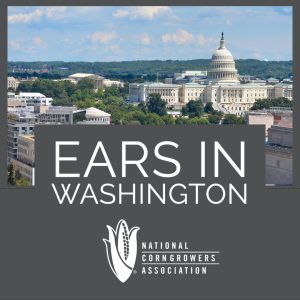 Even in Divided Washington, Thankfulness Abounds

November is truly a special month for farmers as we prepare for Thanksgiving and celebrate the end of harvest.

My family always had a lot to be thankful for this time of year as we celebrated the holiday on our Missouri farm. I always enjoyed our family tradition of cooking noodles in turkey broth and then pouring them over mashed potatoes. When my husband joined the family seven years ago, he had to point out that we were eating starch on top of starch, to which we replied, “That’s why it tastes so good.”

But whether you live on a farm with your own special home-cooked meals or live in a city with turkey and Stove Top stuffing, there’s a lot to be thankful for as we enter this holiday season. Even in Washington, with all its divisions, there is reason to give thanks.
As I look at the legislative landscape, here are some developments for which I am thankful:

While I am optimistic, I am not naïve. I know that there are challenges ahead of us. We are fully aware of Washington’s extensive divisions and how they could affect legislation that is important to farmers. But it is important to take time to think about all the things that are going well.

I hope you enjoy the upcoming holiday season. My husband, son and I will be spending the holiday with family. My husband has finally learned to enjoy dual starches. And THAT is something which to be thankful!

Appleton is Vice President of Public Policy for the National Corn Growers Association. Ears in Washington, which is produced monthly, focuses on the federal policy issues important to corn growers.

Keep up with NCGA news articles and search the archives about top issues facing our nation's corn farmers.

Big picture conversations about the future of corn farming with Jon Doggett, the CEO of the National Corn Growers Association.

Learn about current policy issues and reach out to your representatives in Washington D.C.