Not 4 letter words…4 letter acronyms! SREs and NASS, what is all the fuss about?

Small Refinery Exemptions (SREs) and the National Agricultural Statistics Service (NASS), under “normal” circumstances, these are acronyms rarely spoken much less reported about outside of the agricultural world. However, it appears we are definitely in abnormal conditions this year, so these acronyms that are most often used in the agricultural and ethanol circles have been widely reported on in national news and also the reported subject of numerous meetings in the oval office. Let’s take a dive into both topics.

First off SREs, on August 9, the EPA granted 31 exemptions to “small” refineries for 2018, which removed them of their obligation to blend 1.43 billion gallons of ethanol. 38 SRE requests were made for 2018, adding up to an approval rate of 82%. This is down slightly from the 95% approval rate we saw for 2016 and 2017, but all three years are well above the 2013-2015 approval rates of 50%, 62% and 50%, respectively. Under this administration, 85 SREs have been granted for over 4 billion gallons of ethanol. Ethanol groups and NCGA have both been involved in litigation arguing that these 1.43 billion exempted gallons should be reassigned in 2020 and added to the base volumetric obligations in order to follow the original intent of the RFS. EPA has interpreted that they do not have the authority to reassign these gallons to future years.

To further complicate matters. How to engage the administration, from both legal and grassroots outreach seems to be as controversial of an issue within the ethanol and corn circles as the SREs themselves. Some very trusted agricultural economists and consultants have concluded that SREs have not actually reduced ethanol demand, while ethanol groups point to stagnant blend rates and crashing RIN and ethanol prices as proof of ethanol demand erosion.

Whether or not SREs have significantly impacted ethanol demand or not, one thing is clear to us at KCGA, the methods used to determine hardship and the fact that some of the largest corporations in the world have received exemptions despite the fact that these are designed for “small” refiners and these corporations have posted multi-billion dollar profits in recent years, not to mention the optics of undermining the RFS, all add up to EPA not administering the RFS within its original intent.

Therefore, KCGA will continue to engage on this topic, but more importantly, we will double down on our efforts to increase ethanol demand through year-round E15 in Kansas City, incentivizing additional infrastructure to sell increased ethanol blends, increased ethanol exports and efforts to incentivize autos to build powertrains compatible with ethanol blends above E15 and any other opportunities that come forward.

Congressman Roger Marshall who is co-chair of the Congressional Biofuels Caucus released a statement about a letter he join in signing, with several Congressional colleagues, to the U.S. Government Accountability Office, requesting they examine and review the EPA’s approval of exemption waivers for these 31 refineries.

Now, onto the next topic, the August NASS crop report. This report has Kansas pegged at over 6 million acres of corn planted, 135-bushel average yield, for an 810 million bushel crop, a clear record year. I have had the chance to travel to every corner of the state in the past month and while I’ve seen a lot of great looking corn, I’ve also seen a lot of drown out spots and corn well behind normal maturity, and it seems that there is severe storm nearly every night somewhere in Kansas. None of these latter variables spell out a record corn crop in my opinion.

However, its important to remember the NASS methodology, especially what’s included in this acreage estimate. This report measures planted acres less prevented plant numbers, but the 6 million acres in the report has not been adjusted for failed acres (Flooding, hail, wind, take your pick!) or acres that were originally planted for grain and the operator decided to chop for silage. Historically, Kansas harvests 93.5% of planted acres on average, but this year points to a much lower number. How much lower is yet to be seen, but expect the harvested acres to fall, with continued market reactions to condition and harvest reports. 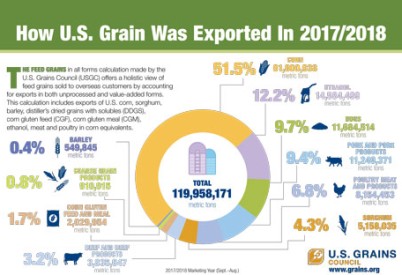 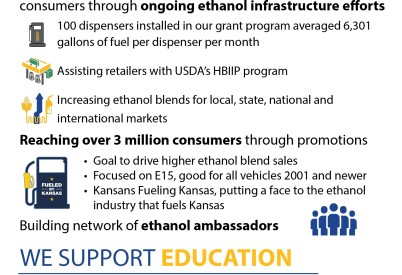 Year Round E15 in Kansas City 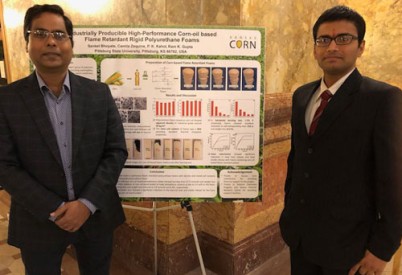